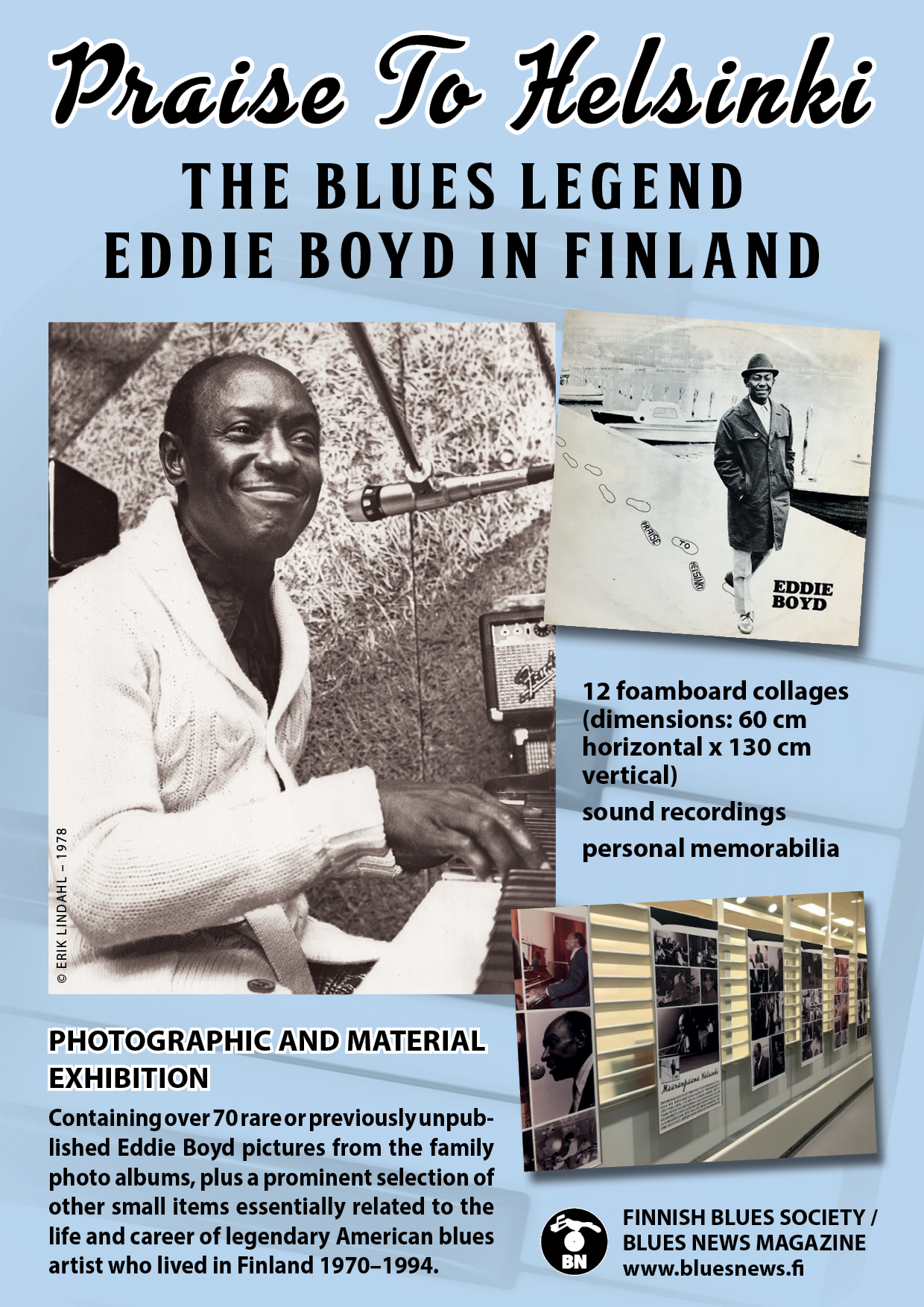 EXHIBITION: PRAISE TO HELSINKI – Eddie Boyd’s Half a Century in Finland

Finnish Blues Society / Blues News Magazine has produced the photo and material exhibition titled “PRAISE TO HELSINKI – Eddie Boyd’s Half a Century in Finland”, which is available for display – photos separately or together with material.

Finnish Blues Society wants to honor the blues legend Eddie Boyd’s stage of life which lasted for half a century in Finland, and has put together a special photographic and material exhibition, which comprises a relatively large range of unprecedented photos as well as personal objects from the legend’s legacy.

Edward Riley “Eddie” Boyd (1914–1994), a pianist-singer from Mississippi, USA, provided a strong link to the African-American blues tradition for Finnish music enthusiasts from the early 1970’s. Eddie Boyd recorded his most famous hits Five Long Years, 24 Hours and Third Degree in Chicago in the early 1950s. He first arrived in Finland exactly 50 years ago and at the same time recorded his earliest Finnish LP “Praise To Helsinki” for the Love Records company, and lived permanently in Helsinki since 1971. He continued his career as a performer and also as a recording artist from Finland until the 1990s. Eddie married his Finnish wife, Leila, in 1977 and died in 1994 in Helsinki, and is buried in the cemetery of Pyhän Laurin Kirkko (St. Lauri’s Church) in Vantaa near Helsinki.

The roads of Eddie Boyd and Finnish Blues Society (FBS), a non-profit music association, did meet over the decades often. FBS released two compilation albums (“Brotherhood” in 1975 and “Mello Hello! – Eddie Boyd In Finland ” in 2005) and organized several Boyd’s concerts and also named the artist an honorary member in the summer of 1993. In addition, FBS unveiled a commemorative plaque in May 2009 in the memory of Eddie Boyd in front of the home where the blues legend lived for a long time, in the Kallio part of the Helsinki city.

Eddie Boyd has appeared five times on the cover of the Finnish Blues News magazine published by FBS.
This unique exhibition consists of 12 foamboards (60 cm x 130 cm) with 70 rare or unpublished pictures taken from Eddie’s family photo albums, sound recordings as well as small items essentially related to the artist’s career and life. 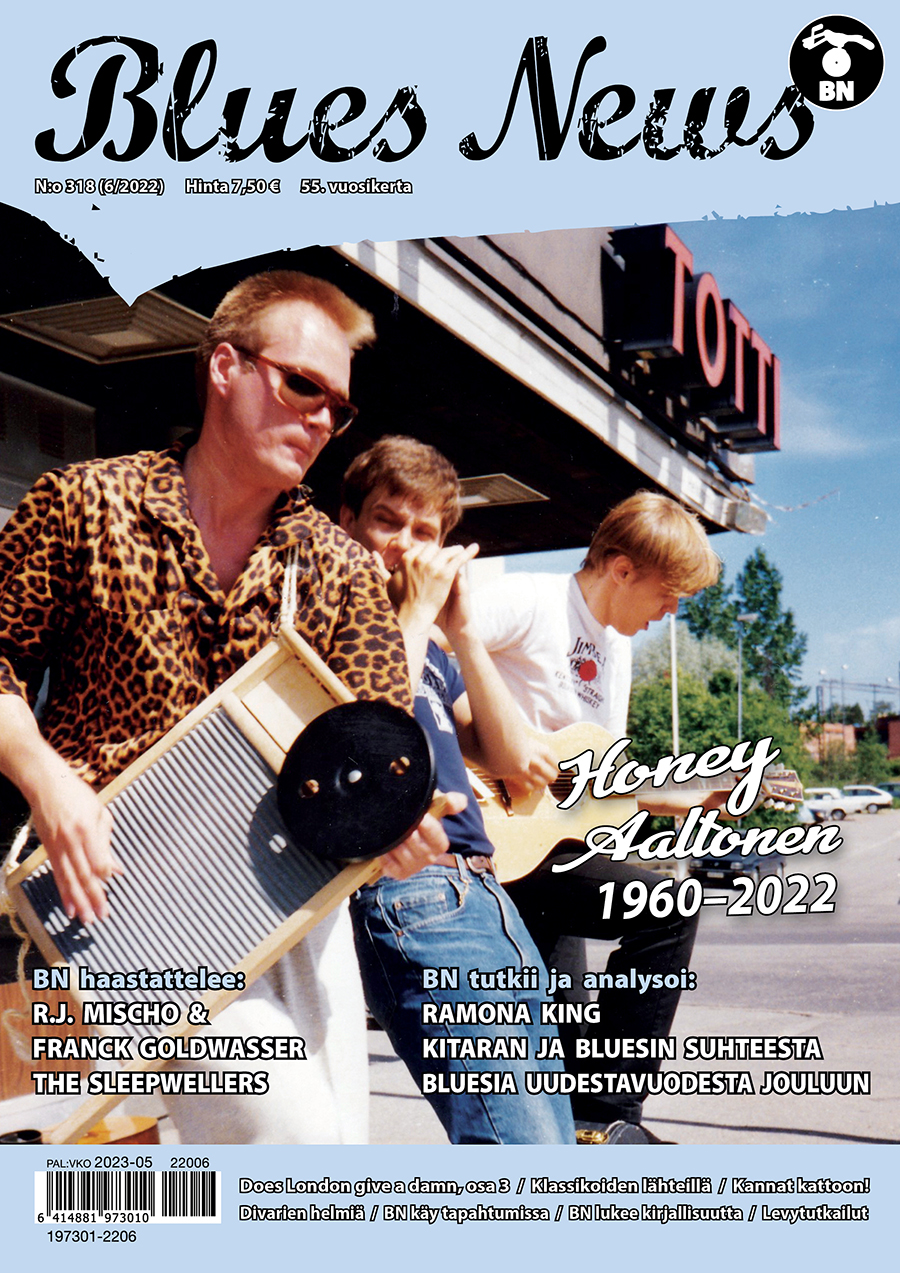